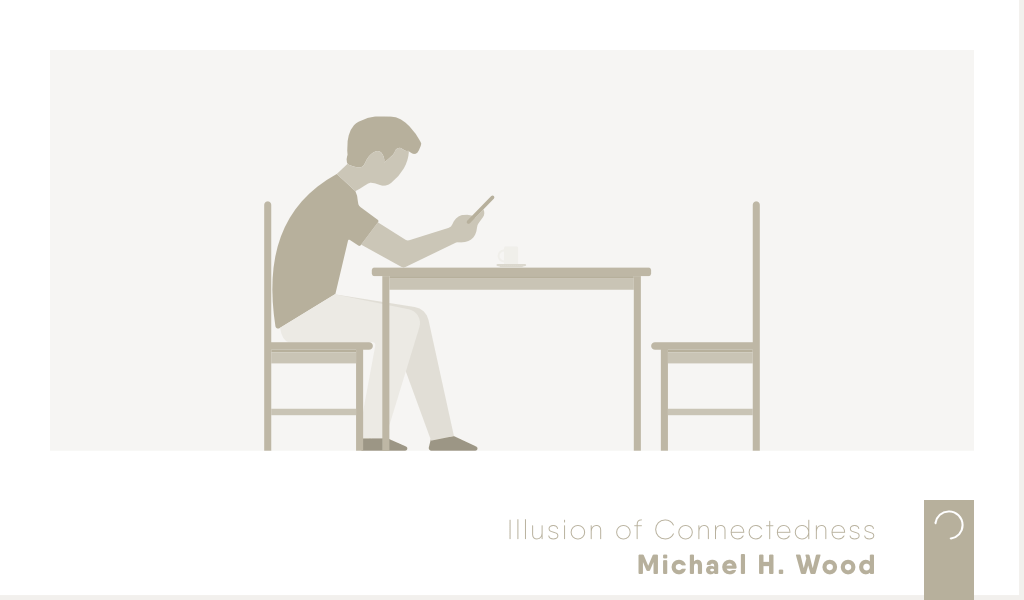 Connectedness is defined by the Cambridge Dictionary as, “the state of being connected and having a close relationship with other things or people”. What I am curious about is:

When are you actually connected to someone?

Edward Hallowell, a Harvard psychiatrist coined the term ‘human moment’ to illustrate a meaningful connection and described it as ‘an authentic psychological encounter that can happen only when two people share the same physical space’.

According to a nationwide survey (Global health service company, Cigna), America is currently undergoing a “loneliness epidemic” with almost 50% of participants feeling lonely. Internet users grew from 413 million in 2000 to almost 5 billion in 2020. This “loneliness epidemic” seems counterintuitive given that there is more connectivity there ever.  Could it be that connectivity does not necessarily mean connectedness?

Connectivity does not guarantee being connected

I recently watched a video called ‘The illusion of being connected’ presented by General McChrystal on Ted Talks. He argues convincingly that connectivity does not guarantee being connected and that connectivity gives the illusion of knowing. He further suggests that real connections happen when people engage, make eye contact and interact. As he explains, “Real connections are built. You first go through something and they are based on relationships.” I tend to agree with the General.

Do connectivity and metrics like ‘No. of followers’, foster a false sense of connection?

An interesting article by JoAnne Funch explores this notion. She asks the question, “… has LinkedIn created the illusion we’re connected or do most people really feel they are connected?” In her words, “I’m in the business of connecting people through networking and relationship marketing. I see how social media/LinkedIn connects us, makes us feel we have more friends, followers and connections but when I asked others, many say they don’t even know the majority of people they are connected with on their social media sites!”

How do we make social connections meaningful?

So, given Edward Hallowell’s term ‘human moment’,  is it possible to create a virtual human moment?

I believe the answer is yes and that it depends on your groundwork and purposeful methods. I have several thousand connections on LinkedIn and I have meaningful connections with a few dozen. The variance is the extent to which I intentionally and openly engage, and respect the communication space to nurture virtual human moments. I have found the following approach to be useful: