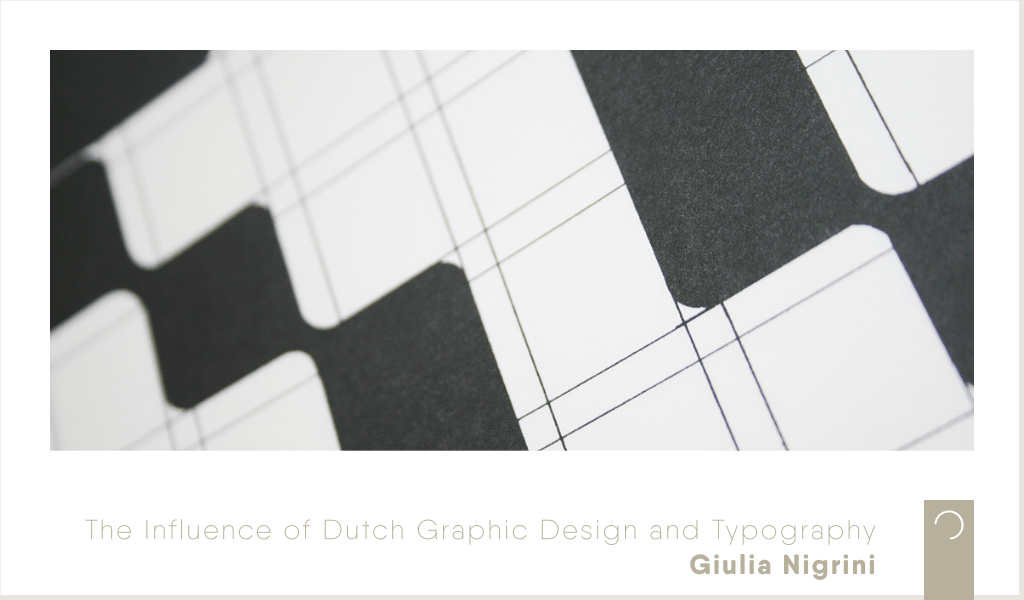 What do you see when you look at a poster, a book cover, even a flag? Do you perhaps remember the feeling you had when you first saw it? Do you remember the shape of the letters, the directional flow, or the exact words used?

Graphic design sits within the space between practicality and art. And no not something pretty and functional, actual art. Art that invokes a feeling which is the precursor to the opinion you will inevitably form by the end of your experience with the specific medium while giving you practical information. This is a form of expression which can be adapted to bring out the best in promotional branding all the way to simplifying ideas through visual storytelling.

Graphic Design and the Dutch

Graphic design brings together different elements from illustration, iconography, typography, and photography to create something visually pleasing and informative. Much like a poster or album cover. It brings you in and gives you that feeling like you want to know more.

The Dutch have revered typeface, design, and printing for much longer than one might think. Hosting multiple graphic design academies renowned for their curriculum and world-class graduates it can be difficult to compete with a nation that naturally allows for the mind of a creative to wonder freely. But it is also the discipline and understanding of purpose that has given Dutch designers in a number of fields the balance between form and function.

Likely one of the most famous Dutch graphic designers, Wim Crouwel, was also a well-known typographer of his day. Crouwel worked with a number of organisations over the years which included such highly regarded clients as the Van Abbemuseum and the Stedelijk Museum. He gave us many new fonts, designed posters bordering on the side of art while also designing company logos. What you may not know is that he along with his company, Total Design, was approached to redesign the national Dutch phonebook. Something you and I might regard as a relic of the 90s with little to offer in this day and age but in the 70s and 80s these books were how we found each other. In the end, it actually makes sense that a bit of effort needs to be made to make them legible, coherent, and easy on the eyes.

It was in this light that Crouwel and his colleagues came up with a very modernist approach to the phonebook and removed capital letters. At the time this was a somewhat outrageous move, even sparking complaints from the public. This tells me two things: for one the people of The Netherlands care deeply about the aesthetic, functionality, and personal impact or are at least aware of its influence, two being that the typeface chosen has a profound effect on how we take in the information presented to us via the written word.

If we take a second to come back to movie posters, we become acutely aware of that the fact that the purpose of design, above and beyond form vs function, is to incite a feeling of some kind. Other forms are a little more subtle in their approach, such as the telephone book, while others really through it at you. Each of these requires different skill sets, understanding of the application, and a touch of talent really. Someone who seemed to take this to heart was the lovely Dolly Rudeman. You probably know her work without ever knowing her name. Born to Dutch parents in Salatiga, Java in 1902, she was influenced by her surroundings and always encouraged to continue her education in fine arts from a young age. After moving to The Hague as a teenager she looked to a career in portraiture but realised that the stigma surrounding it was not worthwhile, so she moved her focus to poster design. This soon cemented her place within the graphic design field. Her style becoming an iconic status of the 20s and 30s movie era.

Both designers are equally amazing and intriguing but entirely different in style, approach, and even required application. Yes, they both designed posters but they both focused on the aspect of poster design that best fit within their scope and talent. A museum poster and a movie poster both need someone that can see how to bring the right typography together with the right imagery however, each requires a different talent and finesse to bring it all into one coherent piece.

And this, this is the key element that makes Dutch graphic design the exceptional beauty within the field. The Netherlands allows for growth in various design fields and it is abundantly clear in the work produced by those who have had the pleasure of experiencing that philosophical pushing of boundaries expressed in aesthetic and desired use.

While it may not seem like it to people outside of the design fields, but the Dutch have had a great influence on the way that graphic design has been consumed and produced for a very long time. It is probably the gold standard of what to achieve.

Now with design taking over the globe as a profession it is a great time to look at these great designers and look at what influenced them to pursue such a path. I would say that the best influence you may experience with your research into Dutch graphic designers is to notice that the mindset and willingness to make decisions on minor details is what sets you apart from the rest.

Realise that graphic design is not about making pretty pictures that some people will see one day. Design has so much more to offer in career but also as a tool for your company. Being able to create applicable logos, monograms, or even posters that stand up to the test of time is not a privilege of having the right software, it is a specific skill set backed immensely by the talent of that individual.